Asma Jahangir co-founded AGHS Legal Aid Cell in 1987 to provide free legal assistance to the needy. She was an Advocate of the Supreme Court of Pakistan and was elected as President of the Supreme Court Bar Association (2010-2011). She was also twice elected as Chairperson of Human Rights Commission of Pakistan (HRCP), which was set up in 1986 and was instrumental in the formation of Punjab Women Lawyers Association (PWLA) in 1980 and Women Action Forum (WAF) in 1985.

Asma Jahangir was house arrested and later imprisoned for participating in the movement for the restoration of political and fundamental rights during the military regime in 1983 and 2007. She was one of the leading figures in the campaign waged by the women activists against the promulgation of the controversial Hadood Ordinances and draft law on evidence. Asma represented several clients who were denied their fundamental rights. Notable amongst them are the cases she fought for brick kiln workers, who are mostly bonded labourers in Pakistan. She represented them and was subsequently successful in getting a legislation passed through the parliament in favour of bonded workers. She has defended cases of discrimination against religious minorities, women and children. In her effort to secure justice for the disadvantaged groups she has been frequently threatened by militant groups.

She has authored four books and five papers. She has received honorary Doctor of Law degrees from the University of St. Gallen, Switzerland, Queen’s University, Canada, Amherst College, USA, University of Zurich, Switzerland, and Simon Fraser University, Canada. She has been the recipient of a number of international and national awards, among them the Ramon Magsaysay Award in 1995, the Bernard Simons Memorial Award of the International Bar Association in 2000, the Millennium Peace Price in 2001, UNESCO/Bilbao Prize for the Promotion of a Culture of Human Rights in 2010, the North South Award (Portugal) in 2013, the Roland Berger Award (Germany) in 2013, the Humana Dignity Award (Poland) in 2014, the Rights Livelihood Award (Sweden) in 2014, and in 2018 she was posthumously awarded the Nishan-e-Imtiaz Pakistan, the top civilian award in the country. 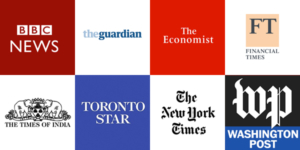 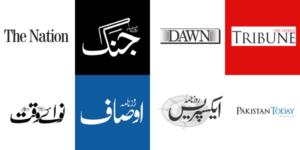 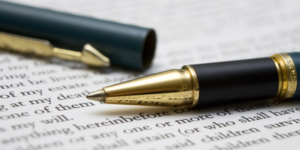 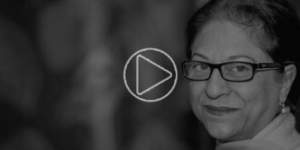 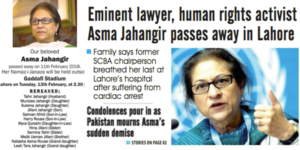