LAHORE: With her flashing rings, green-streaked hair and `Hack the patriarchy`laptop stickers, Nighat Dad is a digital warrior.

But this human rights award winner and founder of Pakistan`s first cyber-harassment helpline still tears up as she describes receiving calls from women afraid of being killed by male relatives for using the internet.

`We sometimes find ourselves helpless… Somebody calls us and asks for help while crying that `Please, please save my life`,` she said at the ofñces for her nonprofit Digital Rights Foundation (DRF) in Lahore.

Much of Pakistani society lives under the patriarchal, outdatedcode of so-called `honour` that systemises the oppression of women by preventing them from, for example, choosing their own husband or working outside the home.Activists have denounced pervasive, sometimes deadly violence by men usually male relatives against women who break those taboos.The situation is dire enough in the offline world.

But Pakistan is only just beginning to grapple with what violent notions of honour mean for women online, in a country where internet penetration is at 22 per cent and growing, but digital literacy is low.

There have been examples of men attacking women for using the internet in ways that much of the rest of the world considers normal, such as publishing photos of themselves on a Facebook page.

Women are suffering Nighat Dad formed the DRF, a think tank tackling digital rights through a gender lens, in 2012, winning her recognition as one of Time magazine`s next generation leaders in 2015 and a Human Rights Tulip award in 2016.

She launched the cyber-harassment helpline that same year, funding it with the $108,000 in Tulip prize money.The idea, she says, `came out of anger` at the violence women were suffering.

The helpline now receives up to 20 calls a day and the number is increasing. Callers range from celebrities to poor women in deeply conservative areas whose male relatives do not allow them to leave their homes.

Many call about the non-consensual publication of their intimate images.

The issue can be damaging enough to women in developed countries. In Pakistan, even less severe cases can see families forbidding women from attending school or forcing them into quick marriages to save their `honour`, while in the most severe it can be deadly.

Much of the work the helpline does is to explain to women what recourse they have.

Social media companies are playing ball, Dad says some have even agreed to establish `escalation channels` for getting con-tent off the internet quickly when a woman`s life is in immediate danger.

But she warns that community guidelines developed by such companies, usually US-based, are not appropriate in Pakistan.

`I think they need to do more, Dad says.

More than three years on, the Tulip money has run out.

Now the helpline survives only by the grace of small grants from groups such as the Netherlands-based Digital Defenders Partnership, which supports rights activists.

Dangerous work Much of Dad`s activism is rooted in what she describes as her `privilege` having parents who, though illiterate themselves, fought to give their six children an education.

Her father defied more conservative relatives when he insisted she leave an abusive marriage,fight for custody of her son, and study law at a co-ed university.

Listing other ways he has supported her, she smiles. `It… tells me that you don`t need all this education to be a feminist,` she says.

Her generation is confronting the issue in the home and the workplace, meaning it is no longer an abstract criticism for the men in their lives.

That, she theorises, is one reason why the backlash can be so severe.

Sheciteslastyear`sInternational Women`s Day march in Pakistan, which saw women turn out in unprecedented numbers loudly celebrating divorce and periods, among other things.

The response was swift and shocking in its intensity, with Dad describing mullahs making rape and death threats against the march organisers in videos widely distributed online.-AFP 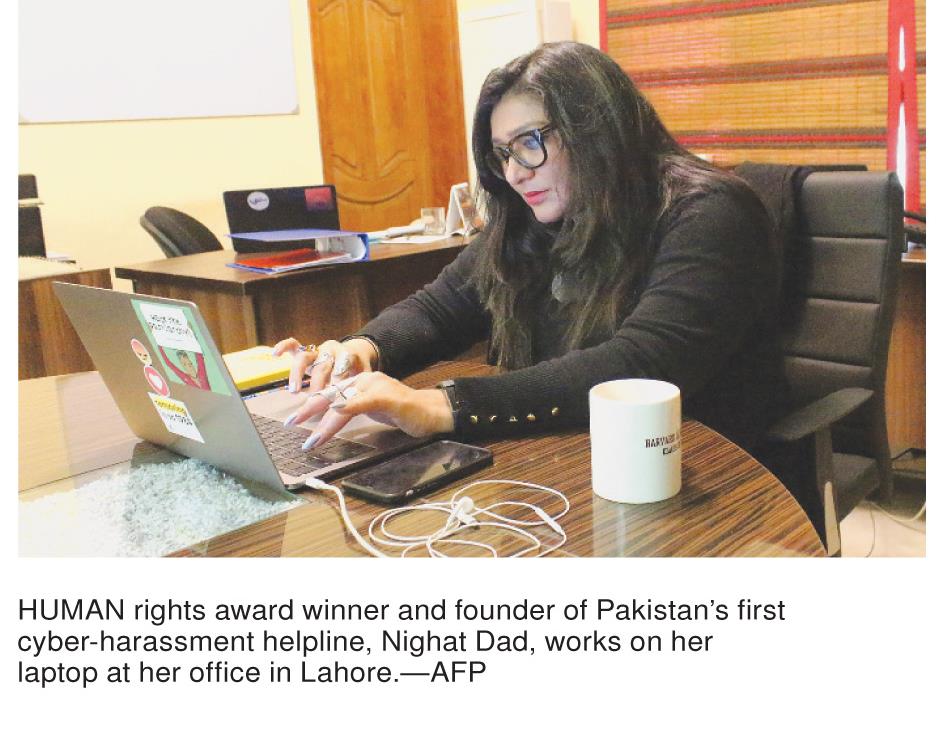